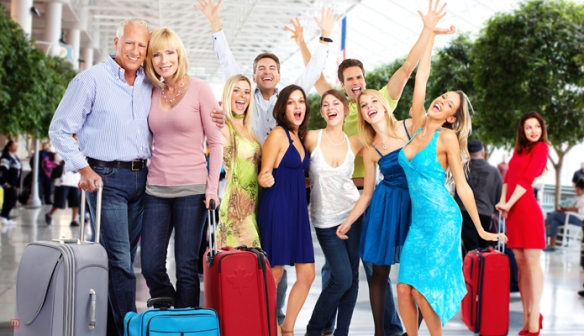 Arrive at airport, cap in hand.
My bags are packed, my travel planned.
“Oh! The glamour!” you may think
But I’ll be treated like I stink!

As airline staff on cheap staff travel,
All careful plans will now unravel.
So I approach the hallowed desk
Where staff may check-in at their risk.

Like an insect, I am viewed
And told to wait in voices rude.
In holding pen, we congregate
And hopefully await our fate.

In muted tones, we quiz each other
And try obliquely to discover
Just where we fit into the list –
My category must be higher than this!

At last they start to call some names,
And so begin the churlish games.
Those lucky few will get on board,
The rest of us will sit here, bored.

Like music to my weary ears,
I hear my name as chaos clears.
They take my bag, give me a pass,
And tell me, “Move your bloody arse!”

I sprint now to the Customs queue.
Amidst the throng, I wrestle through.
On my watch, I check the time –
My God! How long’s this frappin’ line!

Finally, I get on board,
Wedged between two giants! Lord!
So strong the scent of garlic is,
There’ll be no vampires here for years!

I’ll need no seatbelt come what may:
Restrained by blubber, I will stay.
Come meal-time, there’ll be nothing left.
Cheap travel is a wondrous gift! 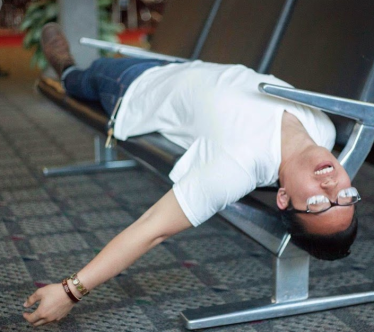 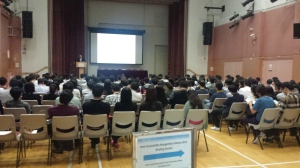 In light of the current situation,
I’m here to provide some information.
The rumour mill’s been running hot
But most of it’s not worth a jot!

Our bottom line will not be dented!
Our office space is newly rented!
We must uphold our company creed
So we can meet the customers’ need!

You’re worried and I understand,
But these tough times just were not planned.
We all must take our share of pain.
There’s really no one here to blame!

And so, you see, then, that is why
I’ve descended from on high.
You know that I would not be lying!
There’s little use in sitting, crying.

I hope, your doubts, I have allayed.
I’m sure, this week, you should get paid.
Thanks but I’ll be quite ok.
If things get bad, I’ll slip away.

So stand together, worthy band!
I knew that you would understand!
Together we can turn things round!
You know, I like the way I sound! 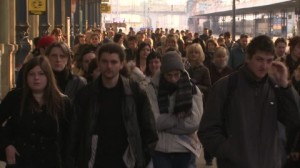 High above my boots and laces,
Bobs my own head up and down.
Swimming in a sea of faces,
One by one, they wear a frown.

On the train, the kelp is swaying,
Standing up or sitting down,
Random rhythm they’re obeying,
Heedless of the music’s sound.

Glowing screens lead all by ear,
Once more we travel to and fro;
Isolated yet so near,
Protected by my audio.

Alarm clock beeps and we awake
Shower, dress and coffee take.
By bus or train or maybe drive,
The worker bees attend the Hive.

We swear allegiance at the gate
By swiping cards with face and date.
The Hive accepts and lets us in,
The working day can now begin.

We settle on our usual flower
Evenly spaced throughout the tower.
Collecting pollen is the task
The Queen of worker bees does ask.

But digital collection now does mean
The flower itself is rarely seen.
Cocooned inside our comfy Hive
The world outside can be denied.

A button press, the screen awakes
By which our Queen communicates.
With mousey clicks and chairy squeaks,
This is the way to us she speaks.

Beemail, buzzphones, meeting cells;
The honey from our Hive excels
But honey-making is so tough,
Those other hives keep playing rough.

The Queen bee tells us we must change
And, even though this seems quite strange,
She says to us she has a plan
To split the Hive throughout the land.

“A strategy is what we need,”
And to her buzzing all pay heed.
“A different one from what we had.
The worker bees have been so bad.”

The Queen herself is far too busy,
Buzzing around, she makes us dizzy.
Her generals gather us in groups
And pass her message to the troops.

“We need less workers”, they will say,
“Or get less honey if allowed to stay.”
The buzzing soon becomes intense
And troubled workers wander hence.

We feel we’ve heard all this before,
Throwing workers out the door.
We can’t recall that this then worked
But duties still cannot be shirked.

The Queen herself is sometimes seen
To speak to workers on the scene,
And while this is anticipated,
Little is communicated.

And so the workers clean their wings,
And into boxes, pack their things.
We say goodbye to friends we loved,
Some wish to leave and some get shoved.

They buzz away to another hive
And make more honey, 9 to 5.
The Queen, of course, will get to stay,
It seems she has an MBA. 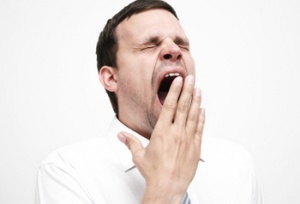 It’s been so long since I have slept,
It’s clear at sleeping, I’m inept.
I’ve laid in bed at night and wept
And round the darkened house I’ve crept.

If you’ll permit me to explain
And forgive my seeming to complain,
Please don’t regard me with disdain,
And be assured I’m not insane.

It all began some years ago,
When I was dealt a heavy blow.
Sleep was then an easy task
but now it’s an enormous ask.

I woke one morning quite refreshed
And took for granted nightly rest.
It seems my lack of gratitude
Erased my restful aptitude.

From that day forward to today,
I’ve, every night, been made to pay.
I refused to take it lying down,
But, over time, have been worn down.

Every treatment in the book
Is little more than gobbledygook.
I’ve tried them all and I can tell you
There are even some that would repel you.

I’ve jazzercised, been tranquillised,
And sleeping I have visualised,
Eaten lots and had some shots
And even been tied up in knots!

Meditation, incantation,
Frontal-lobely amputation,
Failed to yield a shortish nap!
I even found a sleeping app!

I gave up all forms of caffeine,
Retreated from the social scene,
Tried dancing and some French Champagne,
And even snorted cheap cocaine!

Sought a creepy Voodoo guy,
Who looked at me with watery eye,
“Relief you soon will come to know,
On me, your worldly goods bestow!”

I ran around and round the room,
Heard peaceful music in the gloom.
I starved myself and got so bored,
While all around me people snored!

I tried my doctor, said I’m ill,
But he just thought that I’m a dill,
Prescribed me several largish pills
And sent me frequent largish bills.

My sense of humour’s wearing thin,
I’ve tried to take it on the chin.
With enormous, bloodshot, saucer eyes,
I’ve slowly come to realise

That this whole sleep-thing’s overrated.
Its benefits can be debated.
I’m living proof that we don’t need
To yield to sleep’s voracious greed!

And though it still remains seductive,
At work, I’m now the most productive.
And while I may not have the looks,
I’ve loads of time for reading books! 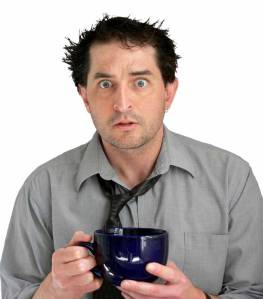 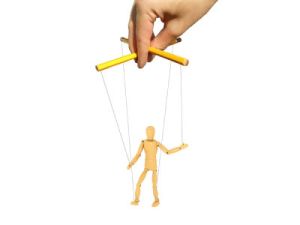 My life, it seems, is not my own.
This freedom-thing is overblown.
You may not realise you’re the same.
You see, it’s all a little game.

I feel just like a marionette:
So pull one string, I pirouette.
Pull another, just for fun,
I break into a steady run.

You may think this is quite amusing
But it’s you that I’m accusing.
Every time my telephone rings,
I have to stop doing other things.

And every time that I get emailed,
Texted, tweeted, I am derailed.
So, dear Reader, never fear.
It’s you! You are my Puppeteer! 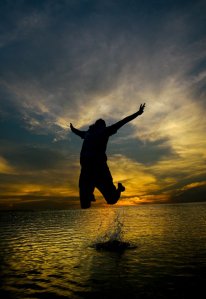 Leap from bed to heavy clock rock!
Air guitar, my darling wife’s shocked!
Verbally, at me she throws rocks!
Great to have a job!

Pirouette around the room!
Rip curtains open! Banish gloom!
If looks could kill, I’d be entombed!
It’s great to have a job!

At the bus stop, spread my cheer!
Finally, did my bus appear!
Sadly watch it disappear:
Clearly, it was full!

On the bus, they cough and sneeze,
Blithely spreading their disease!
Make-up, Facebook and PC’s!
Great to have a job!

At last, I make it late to work!
My new boss can be a jerk:
Attacks me like it’s his one perk!
Great to have a job!

Catch my breath, get PC going!
Email inbox overflowing!
It’s clear to lunch I won’t be going!
Great to have a job!

At the meeting, I am chilled!
Half the workforce will be spilled!
Vacancies will not be filled!
It’s great to have a job!

Years to go yet on my pay freeze!
Working hours now set to increase!
Boss’s bonuses: Oh yes please!
Great to have a job!

Client wants delivery Monday!
Guess where I’ll be going Sunday!
So much for the family funday!
Hope I’ll keep my job!

Now, my replacement I am training!
While outside it’s surely raining!
They tell me to stop complaining!
Once I had a job!

Now at Vinnie’s volunteering!
And at Maccas tables clearing!
My life’s savings disappearing!
Wish I had a job! 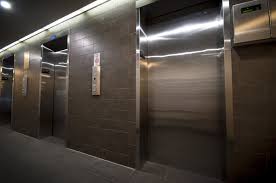 Mighty Otis! God of Lifts!
By your power, we skywards shift.
To office workers, you’re a gift!
Daily we give thanks!

Inside your halls, we press your numbers,
Lighting up, we still can slumber.
Without you, up the stairs we’d lumber,
Puffing, sweating ranks!

Once inside, we face your altar.
Auto-doors will never falter.
If they did, stay calm we oughta!
‘Long as we stay up!

Safe at work, we do ignore you.
Secretly, we do adore you.
Come knock-off time, we do implore you:
Please to hurry up!

Down the shaft, we start to plummet,
Falling quickly from the summit,
Trying hard now not to vomit!
Where’d my stomach go?

Ensconced inside your cage we fall.
At every floor we seem to call.
There’s no room left here for you all!
A-waiting you must go!

Mighty Otis! You’re the best!
Way ahead of all the rest!
Schindler’s lift can’t pass your test!
Daily we give thanks!

(Note: To avoid confusion, Otis and Schindler are two manufacturers of elevators or lifts.)